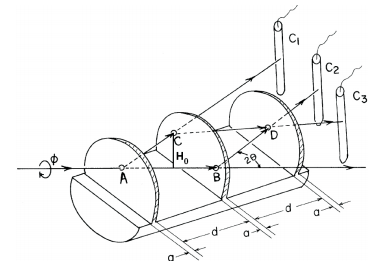 Back in March I abandoned the Tinderbox project (it was always meant to be a novelty) in favor of fully devoting my time to verify the results of the warp experiments taking place at NASA’s Eagleworks Lab, led by Dr. Harold White. With the help of Lucius “Greg” Meredith (Managing Partner at Biosimilarity and Chief Science Officer at Synereo) we formed a small informal research group to see if we could successfully trigger a micro space-time warp and/or find a better way to measure it than using a modified Michelson Interferometer. Our group began the task of experimenting with laser interferometers and testing different signal processing methods. We also identified the need to solve the stress-energy tensor so that we could work backwards and discover a required warp sensitivity given an available power source. Nonetheless, the early-stage work is daunting and Dr. White deserves credit for pushing progress.

However, what prompted this blog is our rediscovery of highly-credible and old-school quantum research in gravity. As the research community has indicated, a lot of difficulty and skepticism with the warp experiment has been related to uncontrollable sources of error. An interferometer using lasers is extremely sensitive to noise and his toroidal device being used to induce phase shift arguably creates electric interference. What’s the alternative? Turns out Colella, Overhauser and Werner (COW) developed a neutron interferometer in 1975 dubbed the COW experiment that showed gravity can affect the quantum mechanical phase of a neutron. Voila! We’ve got modern, highly-sensitive neutron interferometers!

By the way, Colella and Overhauser published a paper describing how the original COW experiment took place. Worth a read if you're interested in the history.

Before I explain why this is such a large gap in White’s work, I’ll explain the mantra of our research group. I’ve always found it to be more productive in any research and development project to find the path of least resistance in the early stages. More often than not, someone has done groundwork that can reduce a year’s worth of work into 3 months. Spending the extra time examining different methods, techniques, and asking knowledgeable experts from the field really pays off. 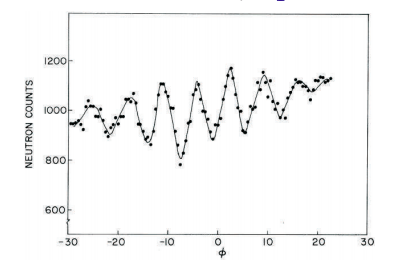 In this case, it is worthwhile to ask Dr. White to answer why he didn’t consider a neutron interferometer at all in his experiments or publications. The reasons include the credibility and the age of the COW experiment, and the fact that highly-knowledgeable physicists would have likely pursued this route as a means to measure space-time fluctuations. Although a similar device such as an atom interferometer may be expensive and impractical, a neutron interferometer is a potential game-changing instrument. An analogy is a carpenter naïvely choosing a hammer, when nailguns afford 10x productivity. 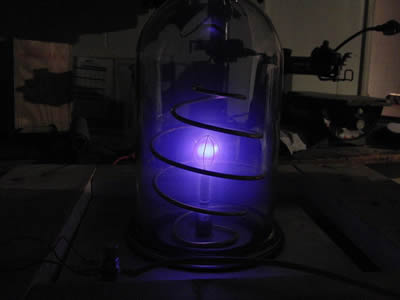 At first, I questioned the viability of building a tabletop neutron interferometer. I’ve pushed hard to discover ways to keep project costs humble and require experimentation to remain at the scale of a tabletop. Such a requirement means more time is allocated to research - and you don’t need to fund your project with millions of dollars. In a day I set out to see if building a neutron interferometer was difficult. The biggest problem is that neutron interferometers require a Neutron Source. Turns out that Fusors can fit on a tabletop and can create 300,000 neutrons per second - maybe enough for our needs (though some prefer a high flux source such as a particle accelerator). Once you have a viable neutron source, designing the neutron interferometer is straightforward.

In Context of Warp Research

Why is building a neutron interferometer (or any sensitive interferometer) so important? Without accurate instruments we cannot even begin to measure what it is we’re really seeking: a specific metric that only comes with Negative Energy. Ideally, if warp research (and the search for “negative energy”) is reduced to simple tabletop experiments, it becomes so much easier to test different ideas. Although Dr. White believes he has a solution for working around the negative energy problem, our group is skeptical. A closer inspection of the Alcubierre metric and Dr. White’s analysis of the Alcubierre Drive still suggests merit in researching the metrics around negative energy.

However, we’re optimistic that negative energy is going to be simpler than we thought. Lucky for us, General Relativity doesn’t explicitly describe the entire universe (or the driving forces). This means that energy (or its opposite) maybe not be bipolar in a conceptual sense, but may be explained somewhere in vacuum energy or the Casimir Effect or elsewhere in quantum theory. These are all starting points for testing the realm of negative energy. Of course we can’t play with these ideas until we have the instruments to do so.